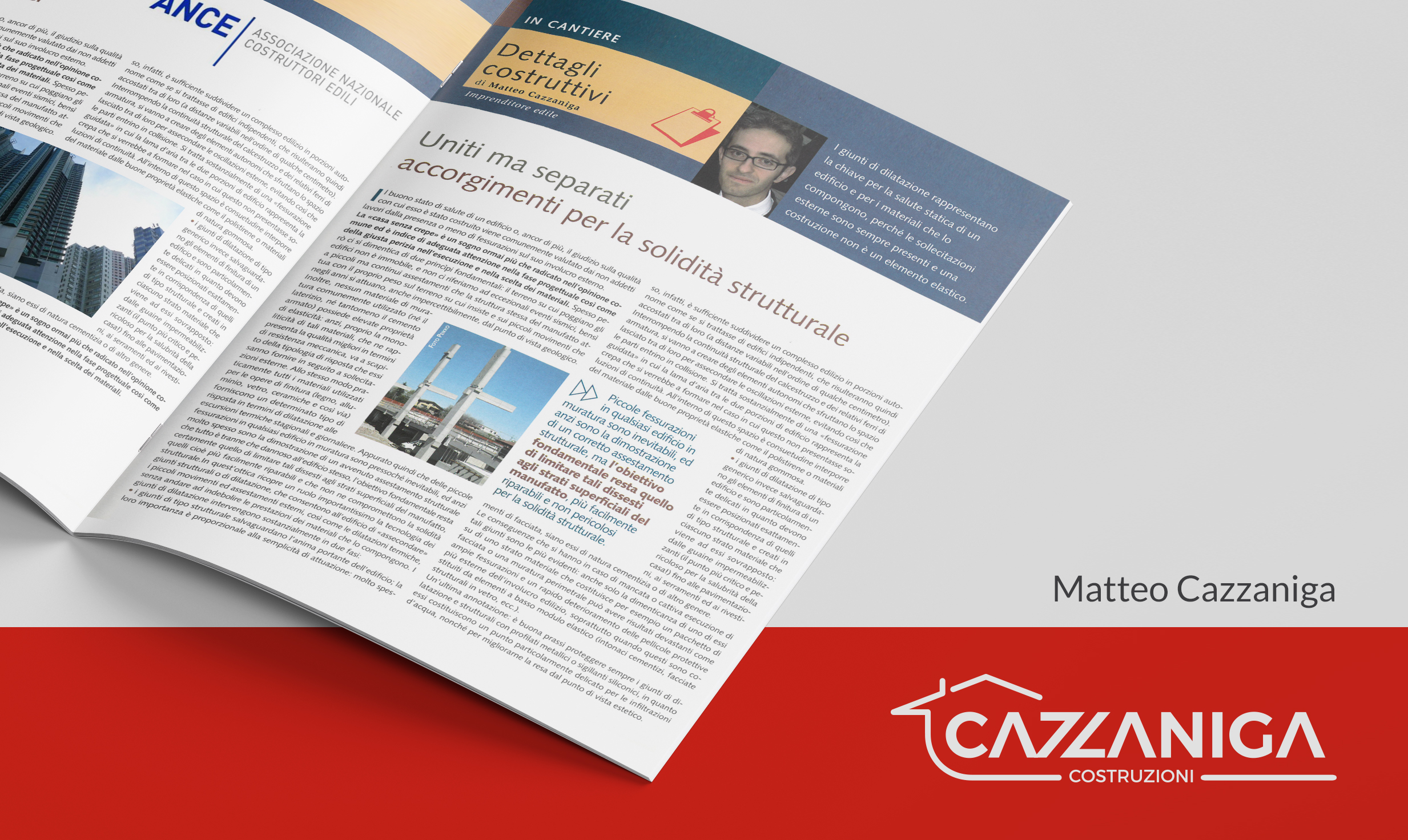 The good state of health of a building, even more so, the judgment on the quality with which it was built is commonly evaluated by the non-assigned workers by the presence or not of cracks on its external casing.

The “house without cracks” is now a dream more than radicalized and is an indication of adequate attention in the design phase as well as the right expertise in the execution and in the choice of materials.

Often, however, we forget two fundamental principles: the ground on which the buildings rest is not immobile, and we are not referring to exceptional seismic events, but to small but continuous adjustments that the structure of the building itself carries out with its own weight on the ground he insists on and on the small movements that over the years are implemented, even imperceptibly, from the geological point of view.

Furthermore, no commonly used masonry material (neither brick nor reinforced concrete) has high elasticity properties: indeed the monolithic nature of these materials, which represents the best quality in terms of mechanical resistance, is to the detriment of the type of response that they know how to supply following external stresses.

In the same way practically all the materials used for finishing works (wood, aluminum, glass, ceramics and so on) provide a certain type of response in terms of expansion to seasonal and daily temperature changes.

Thus established that small cracks in any masonry building are almost inevitable, and very often they are the demonstration of a successful structural adjustment, that everything is except harmful to the building itself, the fundamental objective certainly remains to limit these disasters to the surface layers of the building, those that are more easily repairable and that do not compromise its structural solidity.

In this perspective, the technology of structural joints or expansion joints plays a very important role, allowing the building to “accommodate” small external movements and settlements, as well as thermal expansions, without weakening the performance of the materials that compose it.

– Structural joints ensure the building’s supporting core; their importance is proportional to the simplicity of implementation; very often, in fact, it is sufficient to subdivide a complex building into autonomous portions as if they were independent buildings, which will therefore be placed next to each other (at a carabledistance of a few centimeters).

By interrupting the structural solidity of the concrete and the relative reinforcement stops, autonomous elements are created that take advantage of the space left between them to accommodate the external oscillations, thus preventing the parts from colliding.

It is basically a “guided cracking” in which the blade of air between the two portions of the building represents the crack that would occur if this did not represent continuity solutions.

Within this space it is customary to place good elastic properties such as polystyrene or rubbery material.

– Generic expansion joints, on the other hand, protect the finishing elements of a building and are particularly delicate as they are positioned exactly in line with those of a structural type and created in each material layer that is superimposed on them: by waterproofing sheaths ( the most critical and dangerous point for the healthiness of the house!) up to the floorings, the doors and windows and the façade cladding, whether they are cement-based or otherwise.

The consequences that occur in the event of failure or poor performance of these joints are the most obvious: even the neglect of one of them on a material layer that constitutes, for example, a facade package or a perimeter wall, may have results. devastating as large cracks or a rapid deterioration of the outer protective films of the building envelope, especially when these are made up of elements with low elastic modulus (cement plasters, structural facades, etc.)

Last note: it is good practice to always protect the expansion joints with metal profiles or silicone sealants, as they are a particularly delicate point for water infiltration, as well as to improve the yield from an aesthetic point of view.

You can find out more about which cookies we are using or switch them off in settings.

This website uses cookies so that we can provide you with the best user experience possible. Cookie information is stored in your browser and performs functions such as recognising you when you return to our website and helping our team to understand which sections of the website you find most interesting and useful.

Strictly Necessary Cookie should be enabled at all times so that we can save your preferences for cookie settings.

If you disable this cookie, we will not be able to save your preferences. This means that every time you visit this website you will need to enable or disable cookies again.